Advent is a season of searching. You have heard of the promise of “God with us,” and so you set out to find Him. He is coming, and has asked you to meet with Him. This in itself is a strange request (what would God have with you?), one which comes in differing forms. At times He whispers in dreams, at times He writes His invitation in the sky. You have heard it, and have become a stranger on an unknown path, led by a call and a longing.

In what ways have you heard the voice of God inviting you to set out and follow Him, or felt compelled to search after Him?

How strange to find yourself in this place tonight. Round the fire, the men warm their hands and faces, pulling their coats tightly to their bodies to keep in the heat. They speak of the earth and the sky and the sheep sleeping nearby. They smell of sheep and of wandering. You are a wanderer too, a stranger in this land, searching for . . . the sound of footsteps catches your ear, and you turn your head quickly away from the fire, peering into the night. You see a robe rustling in the wind, in front of which floats a long stick, drawing the figure closer. Your eyes adjust and suddenly meet with those of an old man. He smiles and stretches out his hands to the fire. The shepherds nod in greeting; they have welcomed many weary travelers on nights such as these. You move over to let the man pass, but he settles onto the ground beside you, folding his limbs into his robe and laying the staff over his knees. He sighs and closes his eyes a moment. You steal a sideways glance at the man, not fully trusting his presence. He is bearded and wrinkled, his face showing the work and weather of many years. You wonder what brought him here, what purpose there could be for such an old man on such a cold night.

“Good evening stranger,” he replies, meeting your sheepish gaze. “What hope was mine when I saw the light on the horizon. I have been traveling many, many hours, and am not from these parts – though I have visited this countryside in years past. But that could have been another lifetime for all the changes I observe now. Are you a stranger here too then?” he asks, gesturing to your clothes and features.

“Yes,” you stammer, for you had not expected conversation tonight. You pause hesitantly, then continue, “I left my hometown some time ago. I was told I would find what I was looking for if I left. But I don't really know where I'm going...” you trail off and let the silence finish the thought.

You are surprised to find the old man chuckling to himself. “Neither did I, neither did I,” he says with a laugh. “I know what it's like to follow a promise, and nothing else. People think you're crazy. You leave behind everything you know and trade it in for a sackful of faith. I bundled all my hopes up on my back and went in search of the promise - an elusive thing to track down at times.” He pauses, gripping his staff in both hands. “But I had to go. Had to.”

You nod earnestly, murmuring in agreement. As one of the shepherds adds brush to the fire, tiny sparks leap into the darkness and then disappear. “What happened to your hopes?” you ask.

“I never lost them, though bandits and kings tried to steal them. They can't take something that isn't meant for their country. As long as I had them, I was different from the rest of those I dwelt among. They kept me a stranger. But as long as I had them, I knew I would keep looking for the promise. I took them from tent to tent, knowing that one day I would trade them in for an inheritance.”

You ponder his words, and though you don't know his story, something of his manner resonates within you. From somewhere in the blackness, a bird calls. Invisible, yet audible. Yes, that's what the call was like. There is no way to prove such a thing, but it grasps your being nonetheless, echoing in every footstep, every fear. It fills you with longing even now. It awakens the hopes that ache to rise up and fly.

The old man stirs beside you, as if with the same restlessness. Again you wonder what brings him to this hillside hollow. “Will you be sojourning here long?” you ask.

Stroking his beard, the stranger lifts his eyes to the sky. “Ah, I've learned I'm not the one to be answering that question.”

Advent is a season that has been celebrated by the Christian church for centuries. Advent means "coming," and in this season we await the coming of Christ, both his first and second advent. It is a time of preparation, expectation and anticipation. In all the busyness and consumerism of our modern Christmas, it is especially important to take a few moments away from the advertising and focus on the spiritual riches of this season. It is my hope that this devotional will be such a means of reflection.

Advent begins on the fourth Sunday before Christmas - this year on November 30th - and each Sunday in the devotional is highlighted with a portion of narrative. There is a short thought and Scriptures to ponder each weekday, and a song to sing each Saturday. Even though Advent ends on December 24th, the devotional will run for a full four weeks, until Saturday, December 27th.

This devotional invites you to journey back in time to the hills of Bethlehem. Unpack your imagination and be prepared for a few surprises.

Advent blessings to all,

~lg
Posted by Lindsey Gallant at 18:41 No comments:

Another song by Rich Mullins, one I just discovered.

Posted by Lindsey Gallant at 14:22 No comments:

Email ThisBlogThis!Share to TwitterShare to FacebookShare to Pinterest
Labels: music

Coming soon to the blog...

A daily devotional for the season of advent, starting Sunday November 30th.
It's something I started writing a few years ago, and this year have finally finished it!

Email ThisBlogThis!Share to TwitterShare to FacebookShare to Pinterest
Labels: Abraham

"If I Stand" (Rich Mullins)

This is a great Rich Mullins tune. There is more out there than meets the eye...

So if I stand let me stand on the promise that You will pull me through
And if I can't let me fall on the grace that first brought me to You
If I sing let me sing for the joy that has born in me these songs
But if I weep let it be as a man who is longing for his home
Posted by Lindsey Gallant at 17:29 No comments:

Nope, not joy, just plain cheerfulness. I'm surprised because a simple choice to be cheerful really does make a difference. It doesn't necessarily come from a deep place of joy or anything else profound, but choosing to put a smile on my face, not be grumpy at the grocery store and just make the most of the good stuff certainly makes my day (and everyone else's) go a whole lot better. You don't even have to feel particularly cheerful to start out. Like scales, it's something you can practice, and the more you do it, the easier it gets and the better you sound. Like the old proverb goes, A merry heart doeth good like a medicine: but a broken spirit drieth the bones. Cheerfulness is just a nicer way to live.

A pumpkin spice candle burns next to my desk. Cold autumn rains wash away the last of the yellow leaves, drum drumming on the roof as background music to my writing. The cat has resumed her sphinx position on the arm of the couch. It is as close as I let her get to the scattered notes on my desk. (In truth, she would be satisfied with nothing less than sprawling out across the keyboard.) The dishes sit dirty on the counter, but I am focused on this screen, imagining a world half a lifetime away, typing words which bring passions and pain out of the past and into my consideration.

waiting for the snow 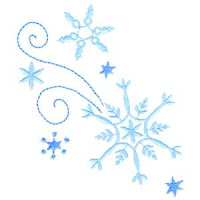 The autumn is fading
and with it the brown,
and the things that I'm tired of hanging around

The power of snow
is one I love best
Its strength is in silence, its beauty in rest

Email ThisBlogThis!Share to TwitterShare to FacebookShare to Pinterest
Labels: poetry

When I have finished writing the book I am currently working on (hopefully the first draft will be complete within the next 2 weeks!), these are the books I'm looking forward to reading. They are either books I have bought but haven't got around to reading yet, or textbooks I only got the chance to skim through at Wycliffe :)

This should make for some good winter reading ahead!