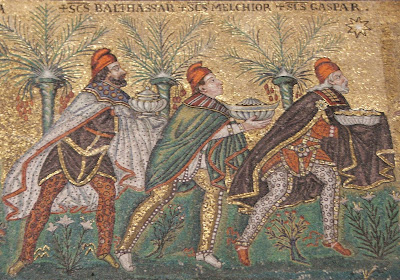 I had so much fun with my Advent playlist that I decided to create one for Epiphany! Epiphany (meaning manifestation, appearance, revelation) is January 6th (after the 12 Days of Christmas), and celebrates the visit of the Magi to the infant Jesus, as well as the Incarnation, the revelation of God's Son in human form.

This playlist is quite short, but I like having a few songs on hand in one place that celebrate the Wise Men, the Star, and Light.


*Good King Wenceslas isn't exactly an Epiphany song, as the Feast of Stephen is celebrated December 26th in the Western church, but I thought it was a nice place to highlight Wenceslas.